Brother and Sir Knight Charles A “Charlie” Hess passed away peacefully on December 29th, 2019 in Stayton.

Charlie was a member of St Anthony Council 2439 for just over 60 years.  He was a member of Archbishop Howard Fourth (Patriot) Degree Assembly for 25 years.  There aren’t many people around here who didn’t know Charlies Hess.  He will be remembered by many!  Please keep Charlie and family in your thoughts and prayers!

Charlie was the youngest child born to Karl and Josephine Hess on March 21st, 1935 in Silverton where he was raised on the family farm. After graduating from Silverton High School he met and married Rita Purdy in 1955. Throughout their marriage they had five children. Charlie lived in Sublimity since 1962. Charlie worked for Floyd Fox Farm, Pacific Co-op, Waller Logging and North Santiam Sand and Gravel before starting his own business Charlie Hess Backhoe Service. Charlie also served in the Army National Guard and was a lifetime member of the Knights of Columbus. He loved the outdoors and enjoyed fishing and hunting. He looked forward to the time he spent in the seat of his tractor, mowing and bailing hay or on his backhoe. Charlie is preceded in death by his wife Rita who passed away in 1990, his sister, Theresa Maurer, and brother, Joe Hess. He is survived by his children: Jim (Bonnie) Hess, Maurita (Doug) Nichol, Maureen Newbill, Marlene (Darren) Lulay and Julie (Tom) Dailey; his baker’s dozen of grandchildren: Andrew and Eric Hess, Andria Stewart, Geoff Nichol, Robby and Michelle Newbill, Ryan, Justin, Derek and Jacob Lulay, and Tyler, Casey and Seth Dailey; great-grandchildren: Wyatt and Dylan Stewart, Barrett and Leann Nichol, Evalynn and Hudson Lulay, Elizabeth, Jonah and Hazel Lulay and his sister, Martha Wilgus is the remaining sibling.

In lieu of flowers, the family asks for your thoughts and prayers and to donate to your favorite charity.

Brother Knights, You are your family’s are invited to Faustina:[...] 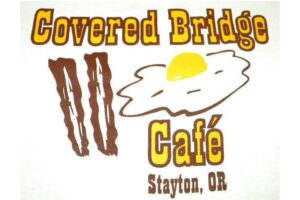 Because of the lock-down, the Covered Bridge Cafe in Stayton[...] 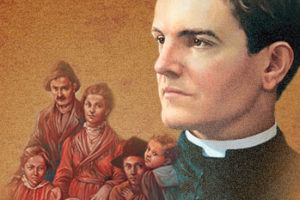 The Life and Times of Venerable Michael McGivney

For complete details regarding the life and times of Venerable[...]